Will a crackdown on PFOF stop brokers from hedging to related parties or taking a share in the book from their LPs?

When people talk about PFOF, the GameStop case is likely to be the first thing to spring to mind. Not only did it upend Wall Street earlier this year, but it has put PFOF back in the limelight. Major regulators across the globe including ESMA, FCA and ASIC are now taking steps toward tightening the rules around PFOF practices due to concerns that brokers are acting in their own best interest rather than that of the client. What can brokers expect as regulators crackdown on PFOF?

There are 2 types of incentives:

1. Direct cash payment – examples: a direct payment/rebate per order or for certain types of orders; and

2. Soft dollar incentives – examples: provision of free services such as research or technology.

PFOF is a double-edged sword. It’s supposed to benefit the retail investors, allowing them to trade at a cheaper cost and a more competitive price than the best available bid and offer price in exchange markets. However, it may actually result in negative outcomes for investors such as a poorer price, negating the market quality and breaching firms’ best execution obligations.

Robinhood Markets, Inc. earned half of its revenue from PFOF, reported Bloomberg News in October 2018.  However, the Financial Industry Regulatory Authority fined one of Robinhood’s subsidiaries $1.25 million in December 2019 for failing to ensure that its customers received the best price for orders. In December 2020, the same subsidiary was also fined $65 million by the US Securities and Exchange Commission (SEC) for providing misleading information about its revenue sources (PFOF) and offering inferior trade prices due to unusually high PFOF.

In the context of brokers and LPs, brokers have a best execution duty towards their clients (this is articulated differently across regulatory regimes), whilst with PFOF they are incentivised to route orders to LPs that provide the best incentives. A conflict of interest arises when the broker places their own interests ahead of its clients’. If the conflict of interest is not satisfactorily managed, the clients may receive a worse price or execution than where PFOF is not involved. This may result in brokers failing to comply with their best execution obligations.

Conflicts can also arise from situations where brokers trade with clients against their own account or send orders to related offshore entities.

So what are the regulators doing about this?

There has been increasing scrutiny of PFOF by major regulators around the world. Let’s find out where ESMA, FCA and ASIC stand below.

ESMA published a statement in July 2021 warning investment firms and retail investors about their concerns stemming from PFOF in relation to the above requirements, and further identified risks arising from certain practices of ‘zero-commission brokers’. Recognising the fact that investment firms receiving PFOF are unlikely to comply with MiFID II requirements, ESMA further requested the National Competent Authorities of the EU Member States to prioritise PFOF in their supervisory activities for 2021 or early 2022.

Earlier this month, ESMA also published a call for evidence to gather input from stakeholders with the intention of adapting the current legislative framework to address various investor protection concerns including online brokers with a focus on PFOF. This is especially important to ESMA after the GameStop case.

Under the UK version of MiFID II, the same requirements as mentioned above apply to PFOF. The FCA noted in Market Watch 51 published in 2016 that investment firms had largely ceased receiving or paying PFOF in respect of retail and professional client business. A PFOF report published in 2019 confirmed that ‘nearly all firms have stopped charging liquidity providers when sourcing exclusive liquidity for a specific client, regardless of client classification’.

The FCA also identified in the same report an issue that ‘firms had implemented limited systems and controls to detect and prevent inappropriate charging of PFOF, or to monitor their adherence to the relevant regulatory requirements and internal policies and rules on PFOF’.

The FCA will continue to prioritise and monitor firms’ compliance on PFOF, and expects investment firms to improve their practices, policies, systems and controls to ensure compliance with MiFID II requirements. Where any broker is found to charge commission to liquidity providers, they’ll take action including ceasing to charge PFOF.

The Australian Securities and Investments Commission (ASIC) is of the view that PFOF arrangements bring more harm than benefits to retail investors and the local market.

Currently ASIC prohibits a market participant from paying more for order flow than the commission received for those orders (i.e. negative commission) to a person directly or indirectly for an opportunity to handle or execute those orders. This prohibition only specifically targets market participants providing monetary benefits to others. While ASIC does not specifically ban non-monetary benefits, it is cautious that these benefits may cause significant conflicts of interest issues as discussed above.

Even though PFOF involving direct cash payment is not prevalent in the local equity market, ASIC still proposed amendments to the existing PFOF rules. Consultation Paper 347 released in August 2021 aims to simplify the concept of ‘negative commission’ as well as close the regulatory gap where the existing rules do not deal with certain PFOF scenarios such as arrangements between non-market participant intermediaries.

It’s clear that the major regulators around the world are taking action against PFOF practices due to an evident lack of retail investor protection. In jurisdictions where PFOF is not completely prohibited, CFD brokers most likely will continue to hedge to related parties or take a share in the book from their LPs as long as PFOF doesn’t have a negative impact on their business and their practice is compliant with their local regulation. If a regulator imposes a ban on PFOF, brokers will have no choice but to stop such practices. 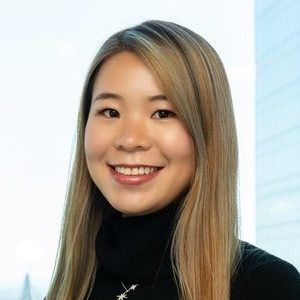 Angela works in our Sydney office. At TRAction, she provides regulatory support to our clients, monitors changes in the worldwide regulatory environment relating to trade and transaction reporting, assists with business development and client onboarding as well as development of PR and marketing strategies. Angela has several years of experience working in legal and compliance for financial services companies. She previously practiced in a leading boutique financial services law firm in Sydney as a solicitor with a focus on licensing, compliance, AML/CTF and M&A. Angela has a double degree in Actuarial Studies and Law from the Australian National University and is admitted as a solicitor in Australia.

Will a crackdown on PFOF stop brokers from hedging to related parties or taking a share in the book from their LPs? 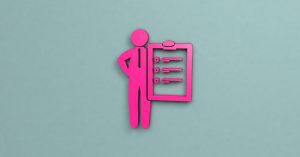 RTS 27 and 28 Reports: what is their current status under ESMA and FCA (UK)?

The value of RTS 27 and 28 reports have long been questioned by firms and market participants. Many investment firms have also deemed any meaningful data drawn from the reports as disproportionate to the difficulty and costs incurred to produce them. 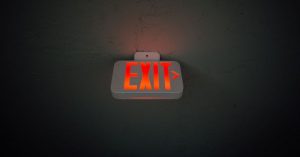 SFTR Reporting: Are you ready to make the transition away from UnaVista?

UnaVista announced the upcoming closure of its SFTR trade repository (TR) service for both its UK and EU clients. This means all firms utilising UnaVista for their SFTR reporting will need to onboard with an alternative TR by the closure date of 31 January 2022.

To address the Money Laundering/Terrorism Financing (ML/TF) risks emanating from crypto-assets, the Cyprus Securities and Exchange Commission (CySEC) published a policy statement (PS) on 13 September 2021 to outline its approach to the registration and operations of Crypto Asset Services Providers (CASPs).